Join Chapel Hill Public Library staff and community members as we uncover the untold histories of Chapel Hill, from the inside out and bottom up. In our first season, we are exploring the histories behind the monuments and markers of Chapel Hill.

In June, 2019 we honored the lives of two Chapel Hillians whose names were added to the Peace and Justice Plaza marker in downtown Chapel Hill. 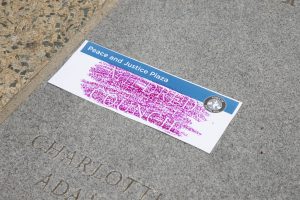 Mama Dip. Mildred Council was a culinary and community matriarch known for her traditional Southern cooking and her community service. She served on the Orange County Prison Board and was known for hiring and helping prisoners once they were released. Council co-founded the Community Dinner, an annual event that highlights diversity in the community and asks attendees to “sit down with a stranger and leave with a friend.”

Harold Foster. As a high school student, Harold Foster led the Chapel Hill Nine, a group of students who sparked the Civil Rights Movement in Chapel Hill. On February 28,
1960, Foster and the other students entered the Colonial Drug Store, s 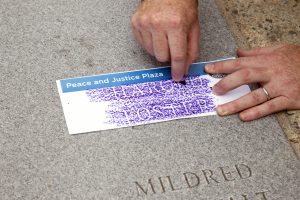 at down at the counter, and asked for the same service afforded to white customers. It is believed to be one of the first such sit-ins organized by high school students. Foster and the rest of the Nine were later arrested for this action, which ignited the movement locally.